It is generally not safe to drink tap water in Turkey. Tap water is safe for cleaning purposes but not safe for drinking in general. In some smaller cities tap water may be clean enough to drink, but generally big cities (Istanbul, Ankara, Izmir etc.) are out of this scope. For this reason, bottled water should be preferred if you cannot be sure of the source of the water.

Tap water resources in the major cities are as follows:

For cities using dams as a drinking water source, the water from the dams is not clean enough for the drink, even if the water is purified. For this reason, chlorine is often added to the water for disinfection (water chlorination). From time to time you can see white foam when you fill tap water into a glass in Istanbul, which shows chlorine in the water. Although local authorities may insist that the tap water is clean enough to drink, you will probably prefer not to drink because of the smell you get when you drink. On the other hand, for cities using underground water as a source of drinking water(like Antalya, Bodrum), the tap water may be clean enough to drink. Groundwater is much cleaner than dams, but because of the high degree of hardness, it may not be a tasteful when drunk.

One of the most important issues to be mentioned about tap water in Turkey is the water pipes. Only metal pipes used for plumbing until 2000s in Turkey. Materials such as steel, cast iron, copper used till 2000s where the average period of healthy use of these pipes are between 10-50 years. Moreover, due to the lack of sufficient standardization in the past, low quality metals have also been used for pipes. For these reasons, many of the buildings that were built before 2000s, may have rust in their pipes. You won't live this situation in the hotel (since it is in use all time), but when you turn on a faucet that is not turned on for a few days, you will sometimes get yellow water since the rust is accumulated there. Therefore, even if you have heard that the water is drinkable in your area, it would be more appropriate not to drink it by taking into consideration the water pipes.

When you ask the local people in big cities, you can learn that at most of the houses, bottled water is drunk. On the other hand, at some houses, since tap water is eveluated as not clean enough to drink, filtration systems are used for drinking water. Wealthy people can use filtration systems not only for drinking water, but for the whole clean water system of their homes. If you are in Turkey for limited time, bottled water is the best way to reach clean water. You can see many water distribution cars in the streets; where water is sold in 19-liter bottles (called 'damacana' in Turkish) which carried to your house by the seller. You can find a local shop selling damacana, it is very common everywhere in Turkey.
To summarize, if you are traveling a small city in Turkey, you can ask locals if the tap water is drinkable. But in big cities, prefer bottled water when possible. For additional information about the food and drink safety in Turkey, check the link for food safety information in Turkey. 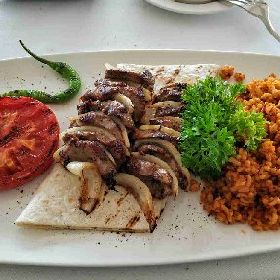 The Turkish cuisine is considered paradise for tourists in terms of variety and quality. For this reason, you should try to taste as much food and drink as possible durin...