*Note that the above given prices are general prices and can be change up to 5% among pumping stations in the city.
Which fuels are used in cars in Turkey? In Turkey, petrol (gasoline), diesel and LPG cars are used. Recently, electric cars have started to be seen. However, the expensive price of electric cars and insufficient number of charging stations for electric cars makes electric cars in Turkey not to be very common. According to 2017 data, fuel types in Turkey and percentages are as follows.LPG is very common in locals, but you can only rent a diesel or petrol (gasoline) car in Turkey.
How can you get fuel in Turkey? There are fuel pump attendants in all the gas stations in Turkey. You do not touch the pump at any station. Therefore, it is very easy to get fuel. Simply specify the fuel type and amount you want to buy. However, since many pump attendants will not know English, it is useful to know the Turkish of the type of fuel you will get. Turkish equivalents of fuels are as follows. How can you pay for fuel in Turkey? Credit cards and cash are valid at many stations. You can pay cash directly to the pump attendant. On the other hand, to make a payment by credit card, you must enter the grocery store.
What fuel companies serve in Turkey, where you can get the fuel? We can say that in general, the fuel system in Turkey is well controlled by government. Therefore, no matter which station or brand you prefer in the city centers, you will not have any big problems. But things can change in the countryside. There are rumors that various chemicals are mixed in fuel stations to oil in rural areas in order to increase the amount. For this reason, as a rule of thumb, it is useful to choose city centers when you will buy fuel whenever possible. On the other hand, in addition to government control in Turkey, big fuel companies are monitoring their dealers periodically. In this respect, if you need to buy fuel in the countryside, it is useful to choose big brands. The five leading fuel companies in Turkey are listed below.Also there are hundreds of different fuel brands in Turkey. What if you need to choose among the big fuel companies? In fact, most stations offer more or less the same fuel. The difference will be in the service. At this matter, Opet is distinguished from others by its 'clean toilet policy'. If you are going to use the toilet at the petrol station, you should definitely choose the Opet brand. Because all around Opet stations in Turkey, 'clean toilets' are subject to continuous supervision(and it is definitely free at every single Opet station. 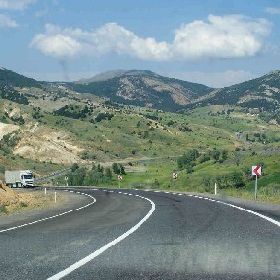 Is it safe to drive in Turkey?

For a person who get used to drive in Europe, it is quite challenging to drive in Turkey. Driving in big cities like Istanbul, Ankara and Izmir can be a nightmare. Althou...(click to continue) 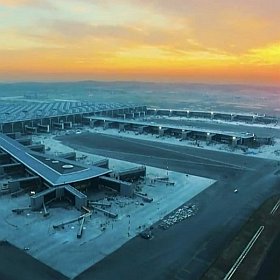 The Istanbul New Airport started operations on 29 October 2018. At first, flights were being done to only a few cities (Ankara, Antalya, Izmir etc.). However, Ataturk Air...(click to continue)